I have been part of 5 different startups, not including my own, over the last 15 years. Every one of them has sold, or attempted to sell, enterprise software. So it is not surprising that when I provide security advice, by default it is geared toward an enterprise audience. And oddly, when it comes to security, large enterprises are a little further ahead of the curve. They have more resources and people dedicated to the subject than small and medium sized businesses, and their coverage is much more diverse. But security advice does not always transfer well from one audience to the other. The typical SMB IT security team is one person. Or in the case or database security, the DBA and the security practitioner are one and the same. The time they have to spend on learning and performing security tasks are significantly less, and the money they have to spend for security tools and automation is typically minimal.

To remedy that issue I am creating a couple posts for some pragmatic, hands-on tasks for database security. I’ll provide clear and actionable steps to protect your database and the data it stores. This series is geared to small IT shops who just need a straightforward checklist for database security. We’re not covering advanced security here, and we’re not talking about huge database installations with thousands of users, but rather the everyday security stuff you can do in an afternoon. And to keep costs low, I will focus on the built-in database security functions built into the database. 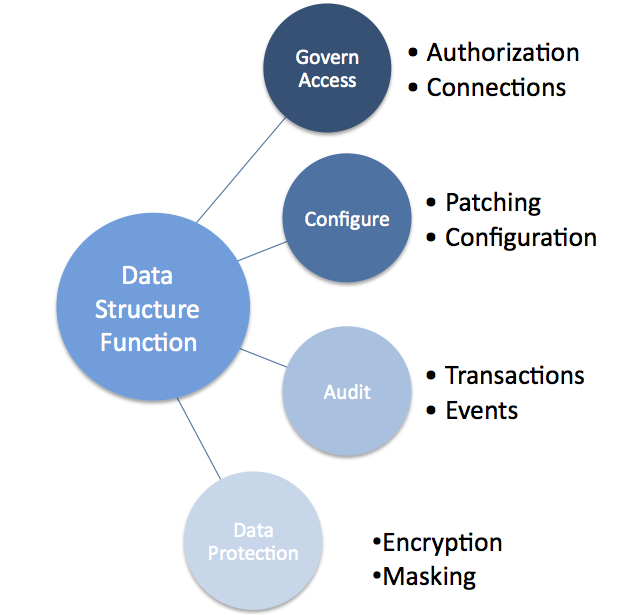 The goal here is to protect the data stored within the database. We often lose sight of this goal as we spend so much time focusing on the container (i.e., the database) and less on the data and how it is used. Of course I will cover database security – much of which will be discussed as part of access control and configuration sections – but I will include security around the data and database functions as well.