It all started with an innocent call from my mortgage broker. He started with, “What if I could shave 75 basis points off your note, with no cost to you?” As you might have noticed, I’m a skeptical type of fellow. I asked, “What’s the catch?” He laughed and said, “No catch, I can get you from 4.25% to 3.5% and I’ll pay the costs.” I responded again, “There must be a catch. What am I missing?” He maked some wise remark about Groundhog Day and then told me there really is no catch. I can save a couple hundred bucks a month I’m currently paying the bank. 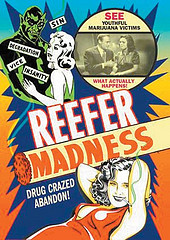 Done. But you see, there was a catch. There is always a catch. The catch this time was having to once again bear witness to the idiocy that is the mortgage process (in the US anyway). So I gather together all the financial information. My broker asks if he needs to send a courier over to pick up the stuff. Nope, an encrypted zip file he can download from Dropbox suffices. That was a lot easier, so maybe it won’t be a total clusterf*** this time.

Yeah, I was being too optimistic. I knew things were off the rails last Tuesday when I got copied on an email to my home insurance broker needing a quick verification of the policy ahead of a Friday closing. Uh, what? What Friday closing? Is there a Friday closing? Shouldn’t they have shared that information with me, since I’m pretty sure I have to be there? So we schedule the closing for Friday.

About midway through Thursday I get a call asking about a credit inquiry from the idiots who do our merchant account for Securosis. Why they inquired about my personal credit is beyond me, but I had to take some time to fill out their stupid form, explaining that the world consists mostly of idiots and those idiots’ checklists, run personal credit reports for business accounts. Did I mention how much I like checklists?

Then I got a call Friday morning. Yes, the day we were supposed to close the note. They need to verify the Boss’s employment. But the Boss works for my company and I’m the managing member and sole officer of my company. They say that’s no good and they need to verify with someone who is not a party to the loan. I respond that there are no officers who aren’t a party to the loan. I figure they understand that and we’re done. Then Rich calls me wondering why he keeps getting calls from a bank trying to verify the Boss’s employment. Argh. I call the bank and explain that the Boss doesn’t work for Securosis and that she works for a separate company (that happens to own a minority share of Securosis). Idiots. At this point, I still haven’t received the settlement statement from the bank. Then I get a call from the closing attorney wondering if I could meet them at a Starbuck’s for the closing Friday night. Sure, but they’ll have to send a babysitter to my house to watch my kids. They didn’t think that was funny.

So the lawyer agrees to come to my house to close the note. We go through all the paperwork. I verify that I’m neither committing mortgage fraud nor a terrorist. And yes, I really had to sign papers attesting to both. The lawyer (who does about 15-20 closings a week) can’t recall anyone actually admitting to committing mortgage fraud or being a terrorist, but we sign the documents anyway.

And then we are done. Or so we thought. I figured it’s 2012 so I should just wire the money, rather than writing a check to cover the prepaid items like escrow, etc. So I dutifully wake up early Monday morning (in NYC) and log into my bank website to transfer the money. Of course, the web app craps out, I’m locked out of the wire transfer function, and the Boss needs to drop whatever she is doing and head over the bank to wire the money. Yes, that was a pleasant conversation. If getting kicked in the nuts 10 times is your idea of pleasant.

But all’s well that ends well. We closed the note and we’ll save a crapload of money over the next 10 years. But man, the process is a mess. These folks give a new meaning to just in time. For those of you looking for someone to manage incidents or fill another role that require an unflappable perspective, maybe check out some of these loan processors. They’d laugh at having to only coordinate legal, forensics, law enforcement, and the ops folks. That would be a day in the park for those folks. Seriously.

We’re back at work on a variety of our blog series, so here is a list of the research currently underway. Remember you can get our Heavy Feed via RSS, where you can access all our content in its unabridged glory.