I spent half an hour yesterday morning shoveling snow from the walkways around my house. Most of you reading this will think “so what”, as you see snow on an all-too-regular basis. For me, living in Phoenix, snow is something that happens once every 30 years or so. So for the first time in my life I got a snow day – and it was fun. Only 2 inches, but still, a totally alien experience here on the surface of the sun. Better still, the dogs loved it: 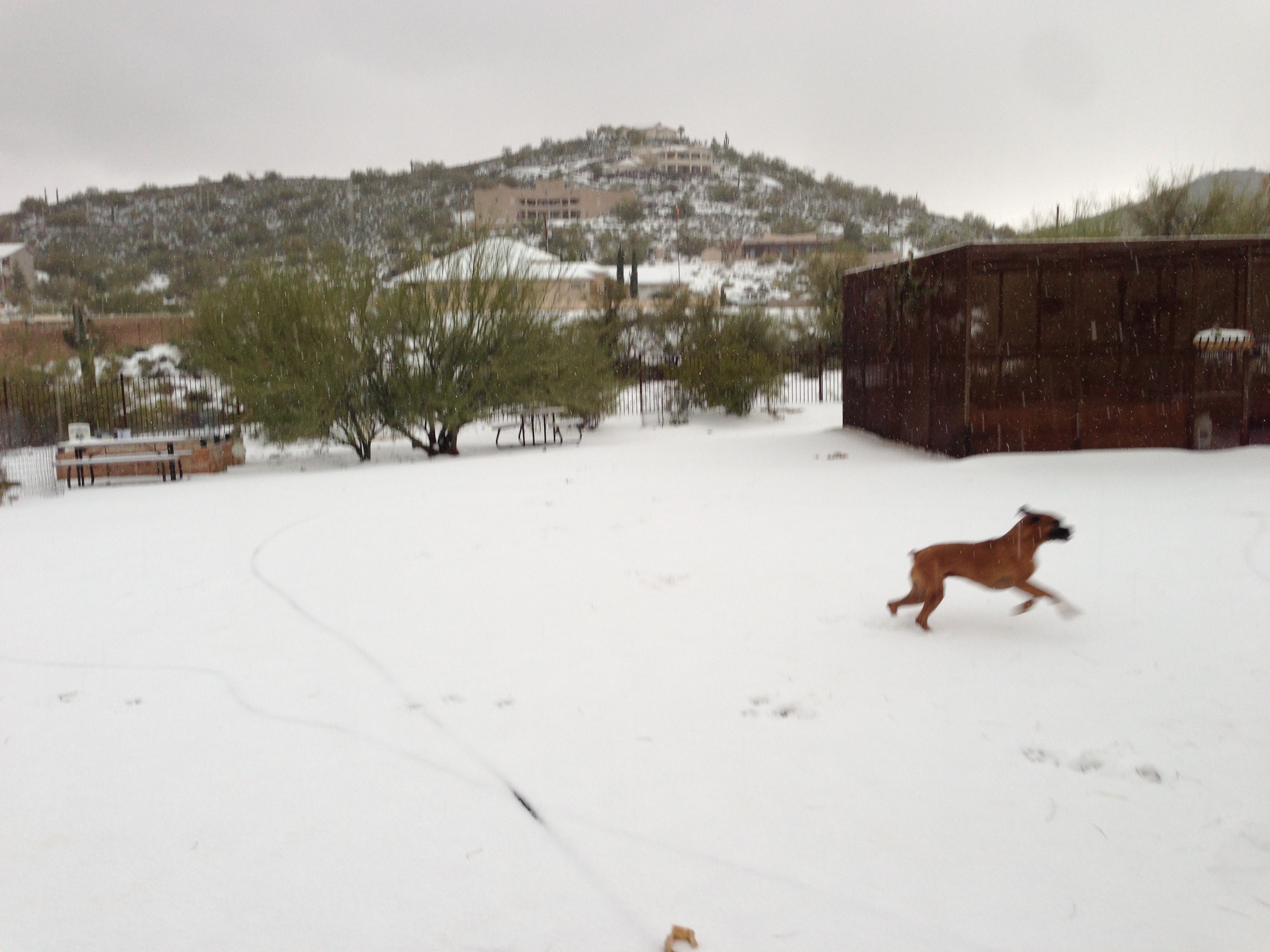 Speaking of snow, have you seen these fat bikes? No? Coincidentally Wired did an article this week called Pondering the Point of Snow Bikes While Riding With Wolves. Extra-wide mountain bikes with 4-5” tires, designed for a bike version of the Iditarod. These are the ATVs of bikes and they go over just about everything. 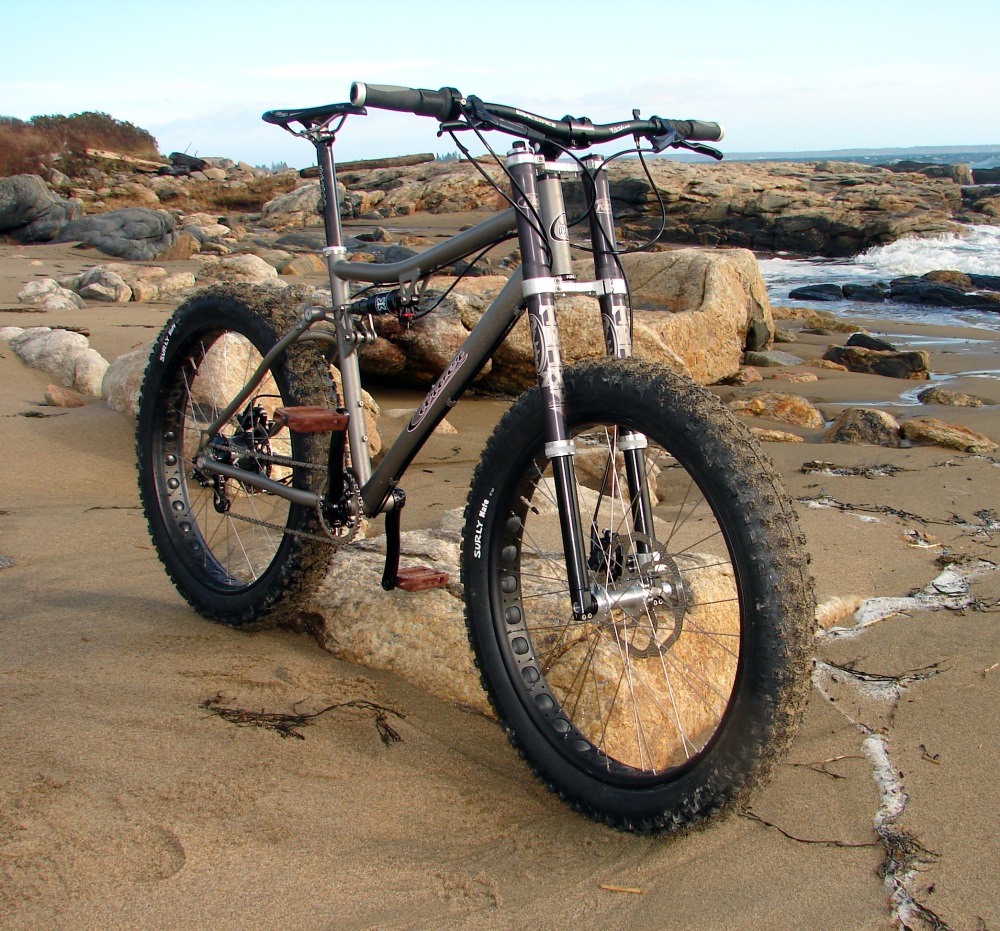 I don’t want one because it snowed here for the first time since, I dunno, disco? I want one for the desert. For one simple reason: there is a lot of sand in the desert. And sand is a lot like snow to a bike. As an example, a few weeks ago I was barreling along on my mountain bike when I dropped into a wash – a dry river for those of you who live where there is rainfall – filled with sand. I went from 15mph to 0mph in about 7’. Needless to say, I was thrown. Several expletives went flying too. Then I bounced. More expletives and a sandy rash. Mountain bikes work great on mountain trails, but they don’t do sand or snow.

But there are miles and miles of sandy washes all over the desert. They are natural roadways for all the critters in the area, and provide an easy path through some pretty rough terrain, provided you don’t sink up to your axles. But these big ugly bikes go places bikes have not gone before. And great names to boot – Surly ‘Pugsely’, riding on 5” “Big Fat Larry” tires. Hogback. TRANS-Fat. Neck-Romancer. Beargrease. I was walking by a bike shop last week and they asked if I’d like to try a Salsa Mukluk, so I said ‘Yeah!’ Offering me a bike is a bit like giving an espresso and Corvette keys to a fourteen-year-old. What did I do? Rode it straight into a ravine! The surprise was it went right through – smooth sailing. It just floated over rock and sand. I’m hooked, but that seems like a boatload of money to spend on a bicycle. Then again, since I started working from home, I only put 30 miles on my car per month but 65 a week on the bike. And the mountain bike is way more fun than driving for groceries, so game on! Whenever my wife gives my wallet back, that is.

And before I forget, and in case you missed Rich’s tweet from earlier today, Gal Shpantzer (@shpantzer) is now an official Securosis Contributing Analyst!

See you all at RSAC next week!

This week’s best comment goes to Fatbloke, in response to House of Cybercards.

@Ash - sorry I missed your comment. Almost all of the fat bikes have 26 inch rims, but one or two are now 29ers. The contact patch must be ginormous! While some fat bikes can be re-configured to be regular mountain bikes, you can’t go the other way. The frame and forks need to be a lot wider.

Are those wheels 26 or 29’s? Do you need new forks and frame to fit the extra width of tyre in?