I had this fraternity brother back in college named Lucas. We gave him a pretty hard time, mostly because he was the nicest guy you’d ever want to meet. Turns out he didn’t know what jobs just sucked. We’d ask Luke to clean the grease trap, a typical task when we were pledges. Not a problem for him, and that was probably the nicest thing we asked him to do. Remember that when you live in a house with 40+ guys, you tend to share a lot of things. 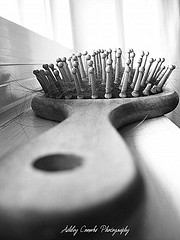 Get your heads out of the gutter. I’m talking about things like toiletries. It wouldn’t be a surprise to see your brand new shampoo bottle in the gang shower 80% gone. Nor should it have surprised anyone to find their toothpaste ravaged by the cheap slugs I lived with. I always figured it was a decent investment because most of these guys wouldn’t have brushed their teeth at all, if it weren’t for my toothpaste.

But Luke would have none of that. He went berserk one day when he found his toothpaste mostly gone. He proceeeded to write his name on everything he owned, as if that would make a difference. He was ranting and raving. Of course, once we knew that bothered him, we hit the gas. We’d still take his toothpaste, but we’d put it back in his room – empty. We’d hide his stuff all over the house. Come on, you would have done the same thing when you were 20.

But slowly I’ve become Luke in terms to my stuff. I live with 4 other people and they are constantly using my stuff. I know when the Boss has been in my toothpaste because she squeezes from the top, not the bottom like I do. Yeah, that annoys me, so I put a new tube in her drawer, hoping she won’t screw with mine. But it’s the brush that really annoys me. I know instantly when one of the girls has polluted my brush. There are all sorts of long hairs tickling my ears when I brush my hair. So I peek at my brush and sure enough there is a ton of long brown hair in my brush. My hair is short and gray – I know it’s not mine. I don’t know why, but it annoys me. In a fit of rage, I did consider lighting the brush on fire, as that seemed like the only way I could ever keep everyone else from using it. Now that would be a cool brushfire.

So I did what any person does when annoyed. I bought about 10 other brushes. I put extra brushes in each girl’s room and a few downstairs. Just in case. But amazingly enough, even with the extra brush inventory, half the time we can’t find a brush when we need it. There must be some kind of gremlin with long hair in the house who keeps taking our brushes. So time and time again, they go to the only place where they can be absolutely sure there is always a brush in the house. Right, my drawer.

Either that, or maybe they are just screwing with me, because they know finding hair in my brush annoys me. I annoy them enough that I probably deserve to be messed with a bit. I guess karma balances out in the long run. But who could have guessed it would be in the form of a brush?

After a bit of a blogging hiatus, we are back at it. The Heavy Research feed is hopping, and here are a couple of links of our latest stuff. So check them out and (as always) let us know what you think via comments.

We posted a new paper earlier this week, assembling the Network-based Malware Detection series into a spiffy document. Check it out.

And we have started posting our annual RSA Conference Guide. The first post was on our Key Themes. It seems over the past year we haven’t lost our snark, so our themes include stuff like “Is that a Cloud in Your Pocket?” “#OccupyRSA,” “Ha-Duped about Security BigData,” and “Data Olestra.” Yes, we insist on having fun if we have to write. We’ll be doing 1-2 a day over the next week, and then we’ll package it up as a paper you can take with you to the conference.

Here’s the other stuff we have been up to:

Remember, you can get our Heavy Feed via RSS, where you can access all our content in its unabridged glory.