Summary: Here’s to the Defenders

I was reading Roger Grimes’ interview with an offensive cybersecurity operator, and one key quote really stood out:

I wish we spent as much time defensively as we do offensively. We have these thousands and thousands of people in coordinate teams trying to exploit stuff. But we don’t have any large teams that I know of for defending ourselves. In the real world, armies spend as much time defending as they do preparing for attacks. We are pretty one-sided in the battle right now. 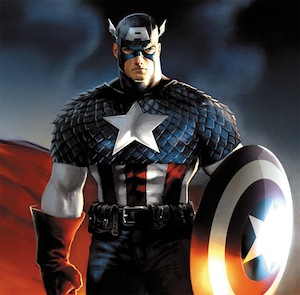 As much as I enjoy playing offensive security guy once a year at Defcon, I find defense to be a much more interesting challenge. Unfortunately many in our community don’t consider it as ‘sexy’ as penetration testing or vulnerability research. We need to change that.

Most of us started our exploration of technology as hackers. I am fully willing to admit I was fascinated by cracking systems, and engaged in activities as a kid that could land me in jail now. Nothing major – I always assumed it was much easier to catch hackers and phreaks than it really was. I mean seriously, it wouldn’t have been all that hard back then. It turns out no one was looking – who knew? That’s what I get for assessing national computer law enforcement capabilities based on repeated viewings of War Games.

But breaking things is, in many ways, far less challenging than protecting them. I am sick and tired of seeing researchers and pen testers on various mailing lists brag about how easy it is to get into their clients’ systems. I suspect the ones who understand the complexity of defending complex environments with limited resources keep their mouths shut. Breakers, with very few exceptions, aren’t accountable. Outside of movies, there are no consequences if they fail. Not yet, at least. No guns to the head as you sit in front of 32 widescreen monitors with 8 keyboards spread out in front of you and a coked- megelomaniac watching you waste part of your 60-second window on a visualization so your code looks good for the cameras. Nope.

Many of our smartest focus on offensive security for obvious economic reasons. If you are good there is more money, less accountability, and more freedom. Smart defenders, even if they come up with a groundbreaking idea, need time and resources to build it – which often means productizing it and dealing with idiotic investors and bureaucracies. There are far fewer opportunities for smart defenders to perform research leading to practical tools and techniques.

The only thing that can change this is money. Sure, I’d love to lead a cultural revolution, but that is more my desire to send people to re-education camps than any inherent belief we will all suddenly focus on defense due to some higher calling. (I’m serious about the camps – I have some awesome ideas). We need some serious investment – and not in academic institutions who often fail to remember sh*t needs to work outside a lab.

Breaking and offensive research are important. Doing them well is hard. But defending? That is a challenge.

I suspect I will be talking about this at Defcon. But with more beer.

I’m very interested in Adrian’s item under “No firewall for you” as I have heard a number of organizations discussing this. I really want to hear some post-facto analysis from companies who go this route, to find out what differences (positive and negative) they experience.

Along those lines, I have been in conversation with a couple of companies who want to get rid of antivirus because they feel it isn’t adding value (at least in the data center). Unfortunately, they both have to answer to PCI which explicitly requires AV so that is a bit of a problem.

In general, I think the more we can streamline the number of countermeasures and controls we have to manage, the better. But it is definitely a “look before you leap” problem.

BTW – I’m with you on the selfies – definitely fascinating. My daughter told me about “duck face” selfies, which are apparently a sub-class of the normal selfie. You can find a lot of them on Flickr, too.

I agree with your sentiments but disagree on the numbers. In my experience defenders out number offensive security types by a vast number. That’s the main reason why most enterprises contract that out to consultants.
As best I can tell a lot of defenders boil down to being security device administrators. Their knowlege is also very vendor specific, ie Checkpoint, Microsoft. Increasingly defenders don’t place a high enough prioity on scripting and *nix skills.

Both defenders and OSec folks are way too Tactically oriented with under developed Strategic thinking skills.

Bravo! I’ve been complaining about over the past year or so. However, I don’t see the attitude (or problem) changing anytime soon for exactly the reasons you outline.