Ben Franklin was a pretty smart dude. My favorite quote of his is: “In this world nothing is certain but death and taxes.” For a couple hundred years, that was pretty good. But at this point, I’ll add mergers and acquisitions as the third certainty in this world. Maybe also that your NCAA bracket will get busted by some college you’ve never heard of (WTF VCU?).

We saw this over the weekend. AT&T figures it’s easier and cheaper to drop $39 billion buying T-mobile than build their own network (great analysis by GigaOm) or gain market share one customer at a time. And in security, there are always plenty of deals happening or about to happen. Remember, security isn’t a standalone market over time, so pretty much all security companies will be folded into something or other.

Take, for instance, WebSense trying to sell for $1 billion. And no, I’m not going to comment on whether WBSN is worth a billion. That’s another story for another day. Or the fact that given Intel’s balance sheet, McAfee will likely start taking down bigger targets. All we can count on is that there will be more M&A. But let’s take a look at why deals tend to be the path of least resistance for most companies.

And those are just off the top of my head. I’m sure there are another 5-10 reasonable justifications, but from an end-user standpoint let’s cover some of the planning you have to make for the inevitable M&As. We will break the world up into BD (before deal) and AD (after deal). 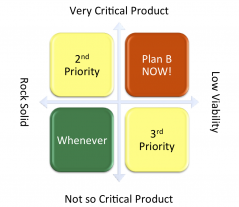 None of this stuff is novel, but it’s usually a good reminder of the things you should do, but may not get around to. Given the number of deals we have seen already this year, and the inevitably accelerating deal flow, it’s better to be safe than sorry.

« Previous Entry
How Enterprises Can Respond to the RSA/SecurID Breach
Next Entry »
FAM: Core Features and Administration, Part 1

@Tim,
Man, haven’t we seen this movie before? All the US carriers aligned with a EMEA partner(s) back in the mid-90’s. That didn’t work out so well. And there were big anti-trust issues with BT trying to gain a bigger foothold in the US (remember the BT/MCI deal got scuttled if memory serves).

It’s been a long time since I’ve followed telecom, but it seems to me like a market share and network capacity grab. Pure and simple. They can’t build it fast enough (given spectrum limitations), so they have to buy it. Or something like that.

Though a tighter alliance may be OK for customers, but only if they can eliminate the finger pointing, which was a huge issue during the first wave of these alliances.

Mike,
One of the interesting nuggets of the deal is actually the 8% of shares DT obtains of ATT. That has potential to not only impact the Mobile market, but think about the global carrier space. ATT struggles in Europe and DT struggles in the US, maybe another alliance in a few years to bridge the backbone networks.