So I was sitting in Dunkin Donuts Sunday morning, getting in a few hours of work while the kids were at Sunday school. You see the folks who come in and leave with two boxes of donuts. They are usually the skinny ones. Yeah, I hate them too. You see the families with young kids. What kid doesn’t totally love the donuts? You snicker at the rush at 11am when a local church finishes Sunday services and everyone makes a mad dash for Dunkin and coffee. 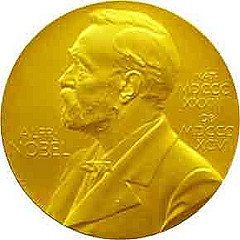 You see the married couples about 20 years in, who sit across from each other and read the paper. You see the tween kids fixated on their smartphones, while their parents converse next to them. It’s a great slice of life. A much different vibe than at a coffee shop during the week. You know – folks doing meetings, kibitzing with their friends while the kids are at school, and nomads like me who can’t get anything done at the home office.

There is an older couple who come in most Sundays. They drive up in a converted van with a wheelchair ramp. The husband is in pretty bad shape – his wife needs to direct his wheelchair, as it seems he has no use of his hands. They get their breakfast and she feeds him a donut. They chat, smile a bit, and seem to have a grand time.

I don’t know what, but something about that totally resonates with me. I guess maybe I’m getting older and starting to think about what the second half of my life will be like. The Boss is a caretaker (that’s just her personality), so should I not age particularly well, I have no doubt she’ll get a crane to load me into my wheelchair and take me for my caffeine fix.

And I’d do the same for her. She probably has doubts because I’m the antithesis of a caretaker. On the surface, it’s hard to imagine me taking care of much. But we entered a partnership as kids (we got married at 27/28) without any idea what was in store. Just the knowledge that we wanted to be together. We have ridden through the good and bad times for over 15 years. I will do what needs to be done so she’s comfortable. For as long as it takes. That’s the commitment I made and that’s what I’ll do. Even if she doesn’t believe me.

We were out last weekend with a bunch of our friends, and we played a version of the Newlywed Game. One of the questions to the wives was: “Name your husband’s most prized possession.” The answers were pretty funny, on both sides. A bunch of the guys said their wife or their kids. Last time I checked, a person isn’t a possession, but that’s just me. But it was a cute sentiment.

The Boss was pretty much at a loss because I don’t put much value on stuff, and even less value on people who are all about their stuff. I figured she’d say our artwork, because I do love our art. But that’s kind of a joint possession so maybe it didn’t occur to her. She eventually just guessed and said, “Mike’s iPad is his most prized possession.” That got a chuckle from the other couples, but she wasn’t even close. My iPad is a thing, and it will be replaced by the 3rd version of that thing when that hits in 60-90 days. I like my iPad and I use it every day, but it means nothing to me.

The answer was obvious. At least it was to me. Maybe she missed it because it’s so commonplace. It’s with me at all times. It’s easy to forget it’s even there. But for me, it’s a reminder of what’s really important. Of the thing I value the most. My most prized possession is my wedding ring. And there is no second place.

We started two new series this week, so check them out and (as always) let us know what you think via comments.

And remember you can get our Heavy Feed via RSS, where you can access all our content in its unabridged glory.