Within a week or two after every high profile data breach, we get naysayers and Tuesday Morning Quarterbacks playing the “If they only did X…” game. You know – the game where they are always right in hindsight. I am a bit surprised Pescatore jumped on that bandwagon in Simple Math: It Always Costs Less to Avoid a Breach Than to Suffer One, but he did.

**Of course* it’s much cheaper to avoid a data breach. And folks have been talking about whitelisting on fixed-function devices such as POS systems for years (including me). Whitelisting is one of the SANS Critical Controls so Home Depot definitely should have implemented it, right? After all, they could have avoided over $200MM in losses if they only had spent $25MM installing whitelisting on every device across their network. 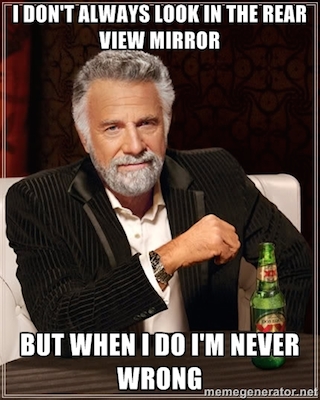 But that calculation is nonsense without the benefit of foresight. $25MM to implement whitelisting is real money. When folks make resource allocation decisions in a company like Home Depot, it’s not just a simple question of “Let’s spend $25MM to save $200MM.” The likelihood of a breach is X. The potential loss is Y. And X and Y are both unknown. Whereas $25MM could be used to update a bunch of stores, resulting in assured revenue increases.

It’s not like they knew about Target or any other retail breach when they made that decision. Even though John contends they should have known (again with the fortune telling) and mobilized immediately to protect their devices.

However, after the Target breach become public, any rational risk assessment would have significantly raised the probability of the bad thing happening – to pretty close to 100%!

But I feel like the only one. We see an amazing number of folks have perfect vision about what Home Depot should have done. Of course it’s easy to see clearly in the rearview mirror. Or as the Fall Out Boys sing:

« Previous Entry
Secure Agile Development: Building a Security Tool Chain
Next Entry »
Why the bash vulnerability is such a big deal (updated)