The Boss and I don’t get out to see movies too often. At least for the last 12 years or so. It was hard to justify paying a babysitter for two extra hours so we could go see a movie. Quick dinner? Sure. Party with friends, absolutely. But a movie, not so much. We’d wait until Grandma came to visit, and then we’d do things like see movies and have date nights. But I’m happy to say that’s changing. 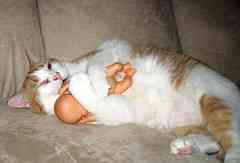 You see, XX1 is now 12, which means she can babysit for the twins. We sent her to a day-long class on babysitting, where she learned some dispute resolution skills, some minor first aid, and the importance of calling an adult quickly if something goes south. We let her go on her maiden voyage New Year’s Eve. We went to a party about 10 minutes from the house. Worst case we could get home quickly. But no worries – everything went well. Our next outing was a quick dinner with some friends very close to the house. Again, no incidents at all. We were ready to make the next jump. That’s right, time for movie night!

We have the typical discussions with XX1 about her job responsibilities. She is constantly negotiating for more pay (wonder where she got that?), but she is unbelievably responsible. We set a time when we want the twins in bed, and she sends us a text when they are in bed. The twins respect her authority when she’s in the babysitting mode, and she takes it seriously. It’s pretty impressive.

Best of all, the twins get excited when XX1 is babysitting. Maybe it’s because they can watch bad TV all night. Or bang away on their iTouches. But more likely it’s because they feel safe and can hang out and have a good time with their siblings. For those of you (like me), who grew up in a constant state of battle with your siblings, it’s kind of novel. We usually have to set up an Aerobed over the weekend, so all three kids can pile into the same room for a sleepover. They enjoy spending time together. Go figure.

Sure it’s great to be able to go out and not worry about having to pay a babysitter some ungodly amount, which compounds the ungodly amount you need to pay to enjoy Hollywood’s finest nowadays. But it’s even better to know that our kids will only grow closer through the rest of their lives. As my brother says, “You can pick your friends, but you can’t pick your family!” I’m just glad my kids seem to be okay with the family they have.