It seems like a lifetime ago. June of 1999. Actually it was more than XX1’s lifetime ago. The Boss and I still lived in Northern Virginia. I was close to the top of the world. I started a software company, we raised a bunch of VC money, and the Internet Revolution was booming. The lease on my crappy 1996 Pathfinder was up, and I wanted some spiffy new wheels. 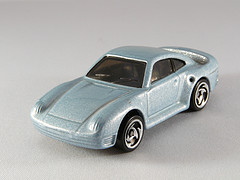 Given my unadulterated arrogance at that time in my life, I’m surprised I didn’t go buy a 911, since that’s always been my dream car. But in a fit of logic, I figured there was plenty of time for fancy cars and planes once we took the company public. But I did want something a bit sportier than a truck, so I bought a 1999 Acura TL. It had 225 horses, lots of leather, and cool rims. In fact, I still feel pretty good about it almost 13 years later. I’m still driving my trusty TL.

Well, I guess the term driving is relative. I drive about 7,500 miles a year. Maybe. With three kids, we don’t take trips in the TL any more, so basically I use it to go to/from Starbucks and the airport. At almost 100,000 miles, it’s starting to show its age. It’s all dented up from some scrapes with my garage (thanks Grandma!) and countless nights spent in an airport parking lot. But I can’t complain – it’s been a great car.

But the TL is at the end of the road and my spidey sense is tingling. That model is notorious for transmission failures. So far I’ve been lucky, but I fear my luck is about to run out. The car just doesn’t feel right, which means it’s probably time for a pre-emptive strike to refresh my wheels.

What to buy? I’m not a car guy, but my super-ego (the proverbial devil on my shoulder) looks longingly at a 911 Carrera Convertible. That’s sweet. Or maybe a BMW or Lexus gunship. A man of my stature, at least in my own mind, deserves some hot wheels like that. Then my practical side kicks in (the angel on my other shoulder) and notes that I frequently need to put the 3 kids in the car, and the kids aren’t getting smaller. No SmartCar for me. I also want something that gets decent gas mileage, since it’s clear that gas prices aren’t coming down anytime soon. But it’s so boring and lame to be practical, says the Devil on my shoulder. We know how that ended up for Pinto in Animal House, but what will happen with me?

I can’t really pull off the sports car right now, so maybe I should get an ass kicking truck. One of those huge trucks with the Yosemite Sam mud flaps and a gun rack. It will come in handy when I need to cart all that mulch from Home Depot back to my house. Oh right, I don’t cart mulch. My landscaper does that. Again, the practical side kicks in – reminding me that folks needing to make obvious statements about their a badassitude usually have major self-esteem problems.

What happened to me? Years ago, this decision would have been easy. I’d get the sports car or the truck and not think twice. Until I got my gas bill or had to tie one of the kids to the roof to get anywhere. But that’s not the way I’m going. I’m (in all likelihood) going to get a Prius V. Really. A hybrid station wagon, and I’ll probably get the wood paneling stickers, just to make the full transformation into Clark Griswold. Though if I tied Grandma to the roof, I wouldn’t be too popular in my house.

Even better, the Prius will make a great starter car when XX1 starts to drive 4-5 years from now. That will work out great, as by then it’ll be time for my mid-life crisis and the 911 convertible…

We’re back at work on a variety of blog series. Here is the research currently underway. Remember you can get our Heavy Feed via RSS, where you can access all our content in its unabridged glory.

Having been on the Porsche Precipice twice, I can totally relate. I’ll suggest that if your wife buys you the Porsche as a gift the whole rationality bugaboo disappears. Great post.