As you might have noticed, there was no Incite last week. Turns out the Boss and I were in Barcelona to celebrate 15 years of wedded bliss. We usually run about 6 months late on everything, so the timing was perfect. We had 3 days to ourselves and then two other couples from ATL joined us for the rest of the week. We got to indulge our appreciation for art – hitting the Dali, Miro, and Picasso museums. We also saw some Gaudi structures that are just mind-boggling. Then we joked about how Americans are not patient enough to ever build anything like the Sagrada Familia. 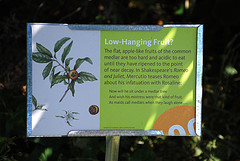 Even though we were halfway around the world, we weren’t disconnected. Unless we wanted to be. I rented a MiFi, so when we checked in (mostly with the kids) we just fired up the MiFi, and Skype or FaceTime back home. Not cheap, but cheaper than paying for expensive WiFi and cellular roaming. And it was exceedingly cool to be walking around the Passion Facade of the Sagrada Familia, showing the kids the sculptures via FaceTime, connected via a MiFi on a broadband cellular network in a different country.

We took it slow and enjoyed exploring the city, tooling around the markets, and feasting on natural Catalan cooking – not the mixture of additives, preservatives, and otherwise engineered nutrition we call food in the US. And we did more walking in a day than we normally do in a week. We also relaxed. It’s been a pretty intense year so far, and this was our first opportunity to take a breath and enjoy the progress we have made.

But real life has a way of intruding on even the most idyllic situations. As we were enjoying a late lunch at a cafe off Las Robles, our friends mentioned how it’s been a little while since they were online. We had already had the discussion about weak passwords on their webmail accounts as we enjoyed cervezas Park Gueell the day before. Their name and a single digit number may be easy to remember, but it’s not really a good password.

When my friend then told me how he checked email from a public computer in London, I braced for what I knew was likely to come next. So I started interrogating him as to what he uses that email address for. Bank accounts? Brokerage sites? Utilities? Airlines? Commerce sites? No, no, and no. OK, I can breathe now. Then I proceeded to talk about how losing control of your email can result in a bad day. I thought we were in the clear.

Then my buddy’s wife piped in, “Well, I checked my bank account from that computer also, what that bad?” Ugh. Well, yes, that was bad. Quite bad indeed. Then I walked them through how a public computer usually has some kind of key logger and accessing a sensitive account from that device isn’t something you want to do. Ever. She turned ashen and started to panic. To avoid borking the rest of my holiday, I had her log into her account via the bank’s iOS app and scrutinize the transactions. Nothing out of the ordinary, so we all breathed a sigh of relief. She couldn’t reset the password from that app and none of us had a laptop with us. But she promised to change the password immediately when she got back to the US.

It was a great reminder of the low-hanging fruit out there for attackers. It’s probably not you, but it’s likely to be plenty of folks you know. Which means things aren’t going to get better anytime soon, though you already knew that.

We’re back at work on a variety of blog series, so here is a list of the research currently underway. Remember you can get our Heavy Feed via RSS, with all our content in its unabridged glory. And you can get all our research papers too.