It’s easy to think that the main contribution of social media tools like Twitter and Facebook is to connect you more tightly to your friends, colleagues, and family. Which is true. But don’t underestimate the immediacy of using networks like Twitter to interact directly with the companies you do business with. I have two recent examples which highlight this trend. 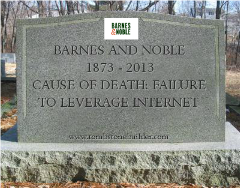 Those of you who follow me on the Tweeter (@securityincite) know I don’t tweet a lot. I’m not going to tell you where I am. Most of the time I’m not going to tell you what I’m doing. But I lurk, ready to pounce when an interesting discussion presents itself, or to whore out something we’ve written or a speaking gig. As the boy told me this week when I asked him why he was uncharacteristically quiet earlier this week, “I only talk when I have something to say.” I’m like that on Twitter.

So when I had a pretty negative experience on a recent flight, my first thought was to Tweet. I did, and got an almost immediate response from Delta, apologizing for the issue. Wait, what? Because anyone bitching on Twitter isn’t just having a one-on-one conversation – they are venting to all their followers, and anyone searching for the terms (hashtags) mentioned in the tweet. So many companies have become much more responsive to customers venting, and those Tweets get higher visibility. You have heard the stories of high-profile CEOs responding directly to nasty tweets about their companies. Delta had a good response. It didn’t take the sting out of my crappy experience with their gate agent but at least I knew someone was listening.

On the other hand, Barnes and Noble had a total #FAIL Monday, a stark example of how some companies are unlikely to make it in this age of Internet commerce. We were packing the kids up for sleepaway camp, and wanted to send them with a bunch of books to not read while they are away. Normally I buy from Amazon, but they had one of the Big Nate books backordered. B&N had it in stock for the same price. There is a store right where I was, so I figured I’d just pick it up at the store.

But when I got the confirmation, the price listed was different than the online price. Huh? I figured maybe it was just some idiotic system problem and they’d honor the price they offered me online. That’s what every other retailer with stores and an online presence does, right? Evidently not – B&N charges full price for books you buy at the store, even if you can get them at 40% off on their website. They also provide free shipping on website orders. And you wonder why that company is struggling.

I figured if I cannot avoid being inconvenienced to order online, I’ll just order two of the books from Amazon. Voting with my dollars, as I should. I did need the other book (backordered at Amazon), so I ordered that from B&N and took advantage of their free shipping. Of course I was perplexed, so I tweeted my frustration at B&N. They would respond and try to explain their idiotic policy, right? They couldn’t have their heads up their asses that badly, right?

Wrong. Crickets in my timeline. So when you hear about B&N following Borders into bankruptcy don’t be surprised. Companies that don’t understand the direct feedback customers expect through social media nowadays aren’t long for this world anyway.

We’re back at work on a variety of blog series, so here is a list of the research currently underway. Remember you can get our Heavy Feed via RSS, where you can see all our content in its unabridged glory. And you can get all our research papers too.

I take a bit of exception to your ending lines about customers expecting feedback from the social site. It’s really cool when it happens, but real complaints should still always be sent on through their advertised channels. Maybe B&N has their ear to the talk, but opts not to respond to every hit, or perhaps they had nothing to say that would help the situation, or have had plenty of degenerating exchanges by the internet trolls? :)  Then again, what’s the point of their social media presence? Announce deals? Marketing? Banter with customers? I can’t say I’m familiar with it.

It’s possible B&N knows what they’re doing. I’ve always thought it strange that someone like Best Buy has to honor online prices in-store, when it clearly should cost more in-store to provide the product to customers. There’s still some value, to me, to be able to inspect goods before purchase as well, and walk out with it immediately.

Of note, I had the pleasure of making mention of two things in the past week, and creators/owners of them responding back to me, either to add to my knowledge or say thanks. That was pretty nice, and unexpected. Though, these were small players, not major corps.