Be quiet. Be vewy vewy quiet. Now listen. What do you hear? Listen very closely. Do you hear anything? No? That’s exactly the point. The Boss and I woke up yesterday morning to the sound of nothing. No grumbling about having to get ready for school. No kvetching about ill-fitting bathing suits, and no asking for this play date or that activity. No crappy Disney Tween shows blaring from the TV. No nothing. The house is quiet. 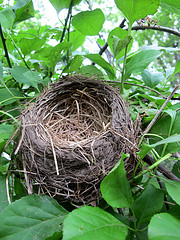 On Sunday we put the kids on the bus for sleepaway camp. Barbarians that we are, we ship the kids off to Pennsylvania every summer. The girls go for 6 weeks. The Boy is going for 4 weeks, as it’s his first summer away. So for the first time since XX1 was born, we will have the house to ourselves for longer than a day.

Will we miss the kids? Of course. We huddle around the laptop every night and look for pictures posted on the camp website. We dutifully write them letters every day. Well actually, we type the letters into a website, which then prints a copy for delivery to them. We’ll trudge off to the mailbox every day, hoping we got a letter.

But we will also enjoy the time they are away. We’re going to see Earth, Wind and Fire tonight – and we don’t have to worry about arranging for a baby sitter. We may take a long weekend at a nearby resort. Or we might not. We can sleep late. We can work late. We can go to the pool at 2pm if we feel like it. We can BBQ on Wednesday, and I could party on Friday night, knowing that I don’t have to wake up early to take a kid to a game or activity.

Best of all, I can spend quality time with the Boss without the constant crushing pressure of being the involved parents of active kids. We don’t have to worry about who’s making lunches, or picking up from the dance studio, or folding the laundry. Two adults don’t really generate that much laundry. These quiet times also prepare us for the inevitable, when the kids leave the nest. Lots of parents forget to have their own relationship because they are too busy managing the kids. Not us – for here on, our nest will be empty every summer.

We are painfully aware that the kids are with us for a short time, and then they will live their own lives. And 6 weeks every summer is a big chunk of their summer vacation. Like everything, it’s a trade-off. Ultimately the decision is easy for us. They learn independence and how to function as part of a group, without their parents telling them what to do. We take very seriously our responsibility to prepare our kids to prosper in the wide world, and I don’t think there is a better place to apply the skills we teach them than at summer camp.

It’s also great for the kids. On the first day we have seen the boy at the pool, at the lake doing paddle boats, at the firing range, playing basketball, and watching some kind of show put on by the counselors. That was one day. So as barbaric as it may seem to send our kids away for that long, there is no other place they’d rather be every summer.

And that’s a win/win in my book.

We’re back at work on a variety of blog series, so here is a list of the research currently under way. Remember you can get our Heavy Feed via RSS, with all our content in its unabridged glory. And you can get all our research papers too.

>
without a firm grounding in technology and a fundamental curiosity and love for what you do, I don’t see how you can succeed except by accident.
<

In the very important but highly specialised world Thomas Ptacek described, this is correct, but not so in the field as a whole.  In fact, I think that technical skills often are an inhibitor.

I see security as two sides of a coin: supply and demand.

Supply is all about the provision of IT services such as firewall administration and application pen testing.  Here, technical skills matter alot.  But supply people can’t be successful on their own.  They need demand people.

Demand people work with the business types and understand the problems which can be solved by supply.  They convince the buyers of these products and services that the gain is worth the investment.  Without demand people to build the case for application security, all you have is excess supply and excess supply is always cheap to consume.

Technical skills become a problem when dealing in the demand world because technical people live in details and absolutely love to share everything they know.  They bore the buyers and confuse them with irrelevant details.  They focus on process instead of results.  They are *kooky*.  They are often a solution in search of a problem.

Unless we have more security leaders with sound experience in the business they support and with the credibility that comes with that experience, we’ll continue down the path we’re on and I don’t see that ending well.