It seems like so long ago that I read the Opposites board books to the kids when they were toddlers. And it was. Today XX2 and the Boy turn 9. It’s hard to believe how quickly the time has flown. Just yesterday I was emailing with an old colleague and I figured his youngest daughter must be in college by now. Turns out she graduated last year and is now in a PhD program. I’m no spring chicken anymore, that’s for sure. 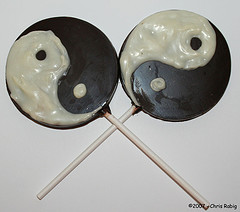 On a more dour note, yesterday we remembered the tragedy of 9/11. For us the contrast between 9/11 and 9/12 couldn’t be more pronounced. When the twins were born in 2003, the emotions around 9/11 were still very raw. Yet, after a challenging pregnancy, including carrying close to 13.5 pounds of baby for 37 weeks, the twins showed up the day after. Talk about opposite emotions. But that’s not all that’s opposite. I look at the twins now and they seem like polar opposites. It’s not just their respective genders. XX2 is loud and over the top. The Boy is pretty shy and reserved. Their interests are different. Their strengths are different. Their weaknesses are different. What they eat is different too. It’s like looking at Yin and Yang every day.

Obviously dealing with opposites can be challenging at times. But we not only tolerate, we embrace their individuality. We push the kids to be their own people and have their own interests. To find their likes, understand their dislikes and hopefully spend more time doing the former than the latter. They need to embrace the fact they are different from each other, from XX1, and from us. Even though they were born on the same day, that shouldn’t define the twins or their relationship.

It was funny visiting camp with them, where we met a bunch of folks who had no idea they were twins. Brother and sister clearly, but also individuals. They weren’t constrained by being in the same grade, getting on the same bus, or having the same family friends. They could just be XX2 and the Boy. They’re lucky, as they’ve always had someone to play with and talk to, even before either could really talk.

It’s true that many siblings have that kind of bond, but with twins it’s different. They not only share a birthday, but they share some kind of strange bond that outsiders can’t understand. They probably won’t appreciate it until they get older, but they don’t need to. For now, we’ll live in the moment and wish them a Happy 9th Birthday!