Mandiant Verifies, but Don’t Expect the Floodgates to Open

Unless you have been living in a cave, you know that earlier today Mandiant released a report with specific intelligence on the group they designate as APT1. No one has ever released this level of detail about state-sponsored Chinese hackers. Actually, “state-employed” is probably a better term. This is the kind of public report that could have political implications, and we will be discussing it for a long time.

The report is an excellent read, and I highly recommend any infosec professional take the time to read it top to bottom. In information security we often repeat the trope “trust, but verify”. Mandiant has received a fair bit of criticism for pointing fingers at China without revealing supporting information, so this time they laid out their cards with a ton of specifics. They also released a detailed appendix (ZIP file) with specific, actionable data – such as domain names, malware hashes, and known malicious digital certificates. 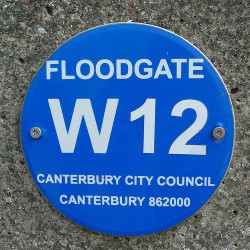 I can’t express how big a deal it is that Mandiant released this information. In doing so they reduced their ability to track the attackers as APT1 (and possibly other teams) adjust their means and operational security. I suspect all the official PLA hackers will be sitting in an OpSec course next week.

I’m generally uncomfortable with the current line between intelligence gathering and common defense. I believe more information should be made public so a wider range of organizations can protect themselves. By the same token, this data is Mandiant’s work product, and whatever my personal beliefs, it is their data to share (or not) as they see fit. Mandiant states APT1 is the most prolific of over 20 APT groups they track in China.

In other words, this is big, but just the tip of the iceberg, and we cannot necessarily expect more reports like this on other groups, because each one impacts Mandiant’s operations. That’s the part of this game that sucks: the more information is made public, the less valuable the intelligence to the team that collected it, and the higher the cost (to them) of helping their clients. I hope Mandiant shares more detailed information like this in the future, but we aren’t exactly entitled to it.

Now if it was financed with public funding, that would be a different story. Oh, wait! … (not going there today).

I strongly believe you should read the entire report rather than a summary, so I won’t list highlights. Instead, below are some of the more interesting things I personally got out of the report.

Although we do not have direct evidence indicating who receives the information that APT1 steals or how the recipient processes such a vast volume of data, we do believe that this stolen information can be used to obvious advantage by the PRC and Chinese state-owned enterprises. As an example, in 2008, APT1 compromised the network of a company involved in a wholesale industry. APT1 installed tools to create compressed file archives and to extract emails and attachments. Over the following 2.5 years, APT1 stole an unknown number of files from the victim and repeatedly accessed the email accounts of several executives, including the CEO and General Counsel. During this same time period, major news organizations reported that China had successfully negotiated a double-digit decrease in price per unit with the victim organization for one of its major commodities.

Most of the report focuses on how Mandiant identified and tracked APT1, and less on attack chaining and such that we have seen a lot of before in various reports (it does include some of that). That is what I find so interesting – the specifics of tracking these guys, with enough detail to make it extremely difficult to argue that the attacks originated anywhere else or without the involvement of the Chinese government.

Also of interest, Aviv Raff correlated some of this information from other data releases (by Dell SecureWorks and an anonymous pastebin dump):

I repeat: read this report, and hope we see more like it.

Adam- I’m tight on deadlines today but I do agree. I think overclassification is a serious issue.

As for anonymous… we’ll keep watching.

mandiant didn’t do any of the research. wait until later today.

Thanks for the article Rich!  I haven’t had a chance to read the report yet, but I think the logic “we cannot necessarily expect more reports like this on other groups, because each one impacts Mandiant’s operations” may be incomplete.  While you’re correct that each impacts Mandiant’s operations, there are other advantages to defenders in releasing the data, as I argued in http://newschoolsecurity.com/2013/01/the-high-price-of-the-silence-of-cyberwar/

I’d love your thoughts on the balance, and what we need to do to open the floodgates.