Just in case you thought supply and demand don’t apply to our little area of the world, think again. It is interesting to read about a $5,000 malware kit targeting Android. Dan Goodin digs into the specifics of the iBanking malware kit, the breadth of its capabilities, and how it proliferates (typically against users already infected with financial malware on their PCs); and resists whitelists to evade detection and prevention. 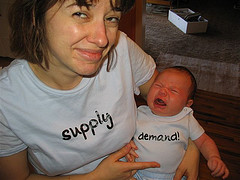 But why does this particular package warrant such a high price? Market opportunity, of course. With the number of Android phones out there, the math indicates it is probably a worthwhile investment, especially given the number of folks doing mobile banking and commerce. See? Supply and demand. Econ 101, folks.

Not long ago, the so-called iBanking malware package offered little more than a way for traditional PC trojans that target online bank accounts to bypass two-factor authentication protections. While the interception of incoming and outgoing SMS messages remains the main selling point, iBanking has morphed into the Swiss Army knife of Android malware. Included in the $5,000 fee is the ability to redirect incoming voice calls, covertly capture sounds within range of the device’s microphone, track geolocation, access the file system, and remotely corral the device into sprawling mobile botnets that use either HTTP or SMS to communicate, depending on the current network status of the infected handset.

There is also a free version of iBanking available, but many attackers opt for the paid version which includes updates and support. That’s awesome, and nicely illustrates that software is software and freemium is a great market-building strategy. Whatever your product does…