UPDATE: follow up article with what may be the details of the attacks, based on the FBI/Secret Service advisory that went out earlier this year.

The indictment today of Albert Gonzales and two co-conspirators for hacking Hannaford, 7-Eleven, and Heartland Payment Systems is absolutely fascinating on multiple levels. Most importantly from a security perspective, it finally reveals details of the attacks. While we don’t learn the specific platforms and commands, the indictment provides far greater insights than speculation by people like me. In the “drama” category, we learn that the main perpetrator is the same person who hacked TJX (and multiple other retailers), and was the Secret Service informant who helped bring down the Shadowcrew. 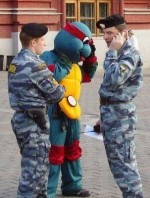 Rather than rehashing the many articles popping up, let’s focus on the security implications and lessons hidden in the news reports and the indictment itself. Let’s start with a short list of the security issues and lessons learned, then dig into more detail on the case and perpetuators themselves:

To summarize the security issues:

The security lessons include:

Just as the TJX hack was based on well known issues with wireless security, these attacks seem to use well known SQL injection techniques. In a way I really hope I’m wrong, and that some new kind of advanced SQL injection attack was involved, but I think we’d see more bigger victims if that were the case. I also find it fascinating that a single individual is at the crux of multiple cases, and used to be a Secret Service informant. I hope more information is revealed about the “hacking platform” that may refer to systems referenced in the Washington Post article back in April.

Finally, does this mean we have two major retailers in violation of breach disclosure laws?

As is almost always the case, preventing these attacks wouldn’t necessarily have required rocket science or millions of dollars in specialized security tools.

Wired also has a good article.

« Previous Entry
Friday Summary - August 14, 2009
Next Entry »
Recent Breaches: We May Have All the Answers

What an awesome idea! Deploying a custom malware that enables the promiscuite mode and sniffs for some good & valuable data, such as email username & password (to kidnap domains, get FTP and MySQL access, and much more) + credit card numbers, e-banking access and everything else.
Thanks for this idea of a malare that performs sniffing!

And there also is no spoon.

There’s always a perimeter.  (Rather than get into a Jericho group argument, let me just say they have good points, but adhering to their position feels like tackling security with tunnel vision goggles on. But the position can add value given the right scope.)

Undoubtedly these were Windows networks (since the criminals went around to investigate which system each company was using before attacking). Proper network security means using an OS that is hardened against attacks such as SE Linux or BSD on servers and desktops. When will the foolishness of an operating system mono culture end? Just look around, 99% of the security problems you see are Windows related though Linux runs the NYSE, Google, most of the internet (and millions of desktops worldwide.

The perimeter is no perimeter.

...of course, this is just like network defense 15 years ago where so many people were implementing things without a very good understanding at all of the security risks. I’m insinuating that we need to know web app attacks (and defenses) inside-out just like we’ve come to know how to hack networks naked. (I’m preaching to myself as much as anyone, since I’ll admit I’m behind the curve of other web app rock stars.)

“More pure-conjecture here, but I wonder if any of the attacks used SQL injection to XSS internal users and download malware into the target organization?”

” I really hope I’m wrong, and that some new kind of advanced SQL injection attack was involved”

You make a good case for being proactive in tightening security, but proactive security is like buying insurance against a risk of loss.  In challenging economic times, individuals are dropping automobile insurance and organizations are so “tight” that they are squeezing nickels hard enough to make the buffaloes scream.  Doing nothing is cheaper in the short term.  Your vigilance and information is appreciated and I hope it doesn’t fall on deaf ears - but it probably will.  If proper database auditing mechanisms were in place, crimes like this wouldn’t be so hard to identify, isolate, and prosecute.  Oh, but… database auditing… that might involve a little bit of overhead, and overhead flies in the face of server consolidations, cost cutting and performance.  Who needs accountability for access to corporate data assets anyways?  Thanks for your contributions to this community.

[link removed by management since it was a redirect to a corporate site, without full/normal attribution. We don’t mind product links, but you have to be up front about it -rich]