My kids love Halloween. They obsess about their costumes for weeks ahead of the big day. They go back and forth with their friends to coordinate their looks. Sometimes it works (XX2 will be a candy corn with all her friends), sometimes it doesn’t (XX1 couldn’t gain consensus amongst her friends). They love to collect all sorts of candy they won’t eat and await the sugar rush when we let them partake in a few after trick or treating. They like to swing by the awesome haunted house in the neighborhood. It’s a day when they can forget about their issues, challenges, homework, and hormone drama, and just be kids. 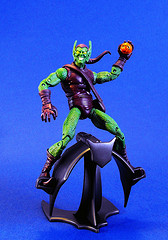 Of course, a quarter of the country won’t have that option this year. Hurricane Sandy wreaked havoc on the Northeast Monday night and into Tuesday. It wasn’t pretty. The wrath of Mother Nature can be very destructive. Transformers exploding, hospitals being evacuated, flooding subways, trees down everywhere, and millions without power. They have bigger issues to worry about then whether the pumpkin outfit makes them look fat.

One of the things I did notice about the real-time Twitter driven news cycle is the amount of faulty stuff out there. A hospital was on fire, except it wasn’t. The NYSE was flooded, but it wasn’t. Workers were trapped in a Con Ed facility that exploded, except they weren’t. We have known for a while that fact checking has gone the way of the Dodo, but this was ridiculous. Just more stark evidence that you can’t believe everything you read.

It also pays to think about your disaster plan every once in a while. I know Rich has a bag ready to go in case aliens attack, which shows his early responder training and mentality. I thought my Dad’s wife was crazy when she installed a natural gas-powered generator at their house in NY to remove dependence on the power grid. She looks pretty smart today, as their entire town in Rockland County is dark. Except their house – and others with generators. Estimates are that it will take a week to restore power. Not fun.

We all owe a debt of gratitude to the folks who will spend the next month cleaning up debris, opening up roads, restoring power, and getting things back to normal. And the construction business will likely see an uptick rebuilding a whole mess of the Jersey shore and Long Island. I know that’s trying to make lemonade out of a very sour lemon (especially to those whose houses floated away). But the area will recover. It always does.

Thankfully we escaped the storm in ATL. The biggest issue we have to deal with is that it’ll be little cold tonight as we trick-or-treat, but it will be dry. I am hoping that all of you affected by the storm recover quickly and get power back in the near term. You wouldn’t want to miss out on the final week of Presidential Election politics, would you?

Understanding and Selecting a Key Manager

Greetings all! I wanted to explain my position is virtually identical to what you are suggesting on item number 5 above. If ASVs were required to do the internal scanning there would be fewer missing patches as people scramble to comply.