I’m sure long-time Incite readers know I am a huge football fan. I have infected the rest of my family, and we have an annual Super Bowl party with 90+ people to celebrate the end of each football season. I have laughed (when Baltimore almost blew a 20 point lead last year), cried (when the NY Giants won in 2011), and always managed to have a good time. Even after I stopped eating chicken wings cold turkey (no pun intended), I still figure out a way to pollute my body with pizza, chips, and Guinness. Of course, lots of Guinness. It’s not like I need to drive home or anything. 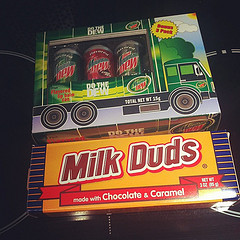 This year I was very excited for the game. The sentimental favorite, Peyton Manning, was looking to solidify his legacy. The upstart Seahawks with the coach who builds his players up rather than tearing them down. The second-year QB who everyone said was too short. The refugee wide receiver from the Pats, with an opportunity to make up for the drop that gave the Giants the ring a few years ago. So many story lines. Such a seemingly evenly matched game. #1 offense vs. #1 defense. Let’s get it on!

I was really looking forward to hanging on the edge of my seat as the game came down to the final moments, like the fantastic games of the last few years. And then the first snap of the game flew over Peyton’s head. Safety for the Seahawks. 2-0 after 12 seconds. It went downhill from there. Way downhill.

The wives and kids usually take off at halftime because it’s a school night. But many of the hubbies stick around to watch the game, drink some brew, and mop up whatever deserts were left by the vultures of the next generation. But not this year. The place cleared out during halftime and I’m pretty sure it wasn’t in protest at the chili peppers parading around with no shirts. The game was terrible.

Those sticking around for the second half seemed to figure Peyton would make a run. It took 12 seconds to dispel that myth, as Percy Harvin took the second half kick-off to the house. It was over. I mean really over. But it’s the last football game of the year, so I watched until the end. Maybe Richard Sherman would do something to make the game memorable. But that wasn’t to be, either. He was nothing but gracious in the interviews. WTF?

Overall it was a forgettable Super Bowl. The party was great. My stomach and liver hated me the next day, as is always the case. And we had to deal with Rich being cranky because his adopted Broncos got smoked. But it’s not all bad. Now comes the craziness leading up to the draft, free agency, and soon enough training camp. It makes me happy that although football is gone, it’s not for long.

The Future of Information Security