It feels like Bizarro World to me. I woke up this morning freezing my backside off. We turned off the heat a few weeks ago and it was something like 65 this morning. Outside it was in the 40s, at the end of April. WTF? And the Northeast has snow. WTF? I had to bust out my sweatshirts, which I had hoped to shelve for the season. Again, WTF? 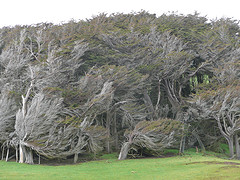 But even a draft of cold weather can’t undermine my optimism this week. Why? Because it’s NFL Draft time. That’s right, I made it through the dark time between the start of free agency and the Draft. You know it’s a slow time – I have been watching baseball and even turned on a hockey game. But the drought is over. Now it’s time to see who goes where. And to keep a scorecard of how wrong all the pundits are in their mock drafts.

Here’s another thing I learned. There are pundits in every business, and the Internet seems to have enabled a whole mess of people to make their livings as pundits. If you follow the NFL you are probably familiar with Mel Kiper, Jr. (and his awesome hair) and Todd McShay, who man the draft desk at ESPN. They almost always disagree, which is entertaining. And Mike Mayock of NFL Network provides great analysis. They get most of the visibility this week, but through the magic of the Twitter I have learned that lots of other folks write for web sites, some big and most small, and seem to follow the NFL as their main occupation.

Wait, what? I try not to let my envy gene, but come on, man! I say I have a dream job and that I work with smart people doing what I really like. But let’s be honest here – what rabid football fan wouldn’t rather be talking football all day, every day? And make a living doing it.

But here’s the issue. I don’t really know anything about football. I didn’t play organized football growing up, as my Mom didn’t think fat Jewish kids were cut out for football. And rolling over neighborhood kids probably doesn’t make me qualified to comment on explosiveness, change of direction, or fluid hips. I know very little about Xs and Os. Actually, I just learned that an offensive lineman with short arms can’t play left tackle, as speed rushers would get around him almost every time. Who knew?

But I keep wondering if my lack of formal training should deter me. I mean, if we make an analogy to the security business, we have a ton of folks who have never done anything starting up blogs and tweeting. Even better, some of them are hired by the big analyst firms and paraded in front of clients who have to make real decisions and spend real money based on feedback from some punk. To be fair there was a time in my career when I was that punk, so I should know. 20 years later I can only laugh and hope I didn’t cost my clients too much money.

Maybe I should pull a Robin Sage on the NFL information machine. That would be kind of cool, eh? Worst case it works and I’ll have a great Black Hat presentation.

We’re back at work on a variety of our blog series, so here is a list of the research currently underway. Remember our Heavy RSS Feed, where you can access all our content in its unabridged glory.