During the week of July 4th in the US we cannot help but think about independence. First of all, it’s a great excuse for a party and BBQ, right? To celebrate our escape from the tyranny of rulers from a far-off land, we eat and drink beer until we want to puke, and blow up fireworks made in other far-off lands. Being serious for a moment (but only a moment, we promise), independence means a lot of things to a lot of people, and now is a good time to revisit what it means to you, and make sure your choices reflect your beliefs. 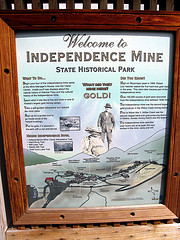 With the recent media frenzy around Snowden and NSA surveillance, many folks are questioning how the government justifies their actions under the heading of defending independence. Lots of folk aren’t sure which presents a greater threat to our independence – the bad guys or the government. Regardless of which side of that fence you take, folks in the US at least have an opportunity to discuss and exercise our rights to maintain that independence. Many folks, in many countries, take to the streets in protest every day, fighting like hell to get half the rights Americans have. So as you slug down your tenth beer on Thursday, keep that in mind.

The truth is that I don’t really think much about those macro issues. I’m one of the silly few who still appreciate that living in the US affords me opportunities I couldn’t readily get elsewhere. I choose to be thankful that the founding fathers had the stones to fight for this country, and the foresight to put in place a system that has held up pretty well for a couple hundred years. Is it perfect? No, nothing is. But compared to the other options it is definitely okay. I struggle to be optimistic about most things, but I’m pretty optimistic about the opportunities ahead of me, and I’ll be drinking to that on Thursday. And I may even drink some American beer for good measure.

But independence has a different context in my day-to-day life. I spend a lot of my time ensuring my kids grow up as independent, productive members of society. Whether that means leading by example by showing them a strong work ethic, providing for their needs (and my kids want for nothing), or helping them navigate today’s tech-enabled social-media-obsessed reality, the more we can prepare them for the real world the less unsettling their path to adulthood will be. That’s why we send them away to camp each year. Sure it’s fun (as I described last week), but it also allows them to learn independence before they are really independent.

A side benefit is that the Boss and I get a few weeks of independence from the day-to-day challenges of being actively engaged parents. I’m not sure what the Founding Fathers would have thought about sending their kids away to camp (although I’m sure the political pundits on cable news has an idea – they know what the founders would have thought about everything), and I don’t much care. It works for us. And with that it is time to head down to see the Braves scalp the Marlins tonight. Summer camp isn’t only for kids.