I remember back in my 20s, when I though my success and wealth were assured. I was a high-flying analyst during the Internet bubble and made a bunch of coin. Then I lost a bunch of coin as the bubble deflated. Then I started a software company, which was sold off for the cash on our balance sheet. Then I chased a few hot startups that got less hot once I got there. None had a happy ending. 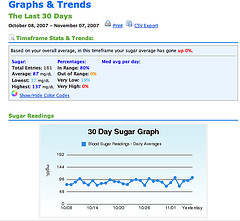 Maybe my timing just sucks. Maybe I wasn’t very good at those specific jobs. Probably some combination of the two. But at the end of the day it doesn’t matter. I have reached the conclusion, 15 years later, that success rarely happens quickly. Some outliers get lucky, know a guy at Instagram, and walk away with big bucks in 18 months, but that is rare. You have a slightly better chance of quick startup riches than winning the lottery, and slightly worse odds than getting run over by a semi walking to the corner store.

For every two steps forward, you are likely to take a step and a half back. Sometimes you have a bad day and take 3 steps back. Overnight success is usually 20 years in the making. Conversely, the express train to the mountaintop usually ends with a fall from grace and a mess at the bottom of the hill. Just check out the horror stories of all those folks who won the lottery… and were broke or dead 5 years later. It comes back to sustainability. If the change happens too fast it may not be sustainable, and sooner or later you will be right back where you started. Probably sooner.

Small changes that add up over a long period of time become very substantial. Yes, you learned that in elementary school, or perhaps back when you discovered the magic of compound interest. It seems silly but it does work. Let’s take my weight as an example. I have been in good shape. I have been in bad shape as well. It has been a challenge since I was a kid. When I finally make up my mind to drop some pounds, it’s never a straight line. I lose some. I backslide a bit. I try to have more good days than bad. But if I can stay consistent with small changes the trend continues in the right direction.

It’s all about tracking those trends. At some point I will get my weight to the point where it’s both comfortable and sustainable. The same goes for the size of the business. I’m looking for higher highs and higher lows, which we have been able to achieve over the past four years. If you’re trying to grow at 15% quarter over quarter, that’s probably not sustainable… not for an extended period of time. But having bigger quarters year over year? Achievable. Definitely.

In other words, remember to take the scenic route. If it happens too fast don’t believe it – it’s probably not sustainable. If the trend starts to go against you think differently – what you’re doing may not be working. But don’t be surprised when an instant change vaporizes into thin air. It was never real to begin with…

« Previous Entry
Incomplete Thought: Is the Cloud the Secproasaurus Extinction Event? And Are DevOps the Mammals?
Next Entry »
Continuous Security Monitoring: Migrating to CSM