On Monday night I did a guest lecture for some students in Kennesaw State’s information security program. It is always a lot of fun to get in front of the “next generation” of practitioners (see what I did there?). I focused on innovation in endpoint protection and network security, discussing the research I have been doing into threat intelligence. The kids (a few looked as old as me) seemed to enjoy hearing about the latest and greatest in the security space. 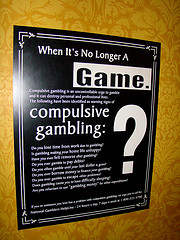 It also gave me a forum to talk about what it’s really like in the security trenches, which many students don’t learn until they are knee-deep in the muck. I didn’t shy away from the lack of obvious and demonstrable success, or how difficult it is to get general business folks to understand what’s involved in protecting information. The professor had a term that makes a lot of sense: security folks are basically digital janitors, cleaning up the mess the general population makes.

When I started talking about the coming perimeter re-architecture (driven by NGFW, et al), I mentioned how much time they will be able to save by dealing with a single policy, rather than having to manage the firewall, IPS, web filter, and malware detection boxes separately. I told them that would leave plenty of time to play Tetris. Yup, that garnered an awkward silence. I started spinning and asked if any knew what Tetris was? Of course they did, but a kind student gently informed me that no one has played that game in approximately 10 years. Okay, how about Gears of War? Not so much – evidently that trilogy is over. I was going to mention Angry Birds, but evidently Angry Birds was so 12 months ago. I quit before I lost all credibility.

There it was, stark as day – I have no game. Well no video game anyway. Once I got over my initial embarrassment, I realized my lack of prowess is kind of intentional. I have a fairly addictive personality, so anything that can be borderline addictive (such as video games) is a problem for me. It’s hard to pay my bills if I’m playing Strategic Conquest for 40 hours straight, which I did back in the early 90’s. I have found through the years that if I just don’t start, I don’t have to worry about when (or if) I will stop.

I see the same tendencies in the Boy. He’s all into “Clash of Clans” right now. Part of me is happy to see him get his Braveheart on attacking other villages, Game of Thrones style. He seems pretty good at analyzing an adversary’s defenses and finding a way around them, leading his clan to victory. But it’s frustrating when I have to grab the Touch just to have a conversation with him. Although at least I know where he gets it from.

Some folks can practice moderation. You know, those annoying people who can take a little break for 15 minutes and play a few games, and then be disciplined enough to stop and get back on task. I’m not one of those people. When I start something, I start something. And that means the safest thing for me is often to not start. It’s all about learning my own idiosyncrasies and not putting myself in situations where I will get into trouble. So no video games for me!

Photo credit: “when it’s no longer a game” originally uploaded by istolethetv