I am in a bit over my head here, but take a look at the first two presentations at the Workshop on Hardware and Architectural Support for Security and Privacy. Intel is preparing to introduce a new capability in their processors to support use of secure encrypted memory spaces on commodity CPUs. Their objective is to provide applications with a secure ‘enclave’ (their term) with a protected memory and execution space. It’s called Intel Software Guard Extensions (SGX). 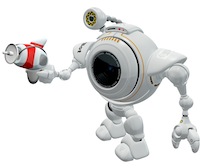 This could be significant – especially for battling malware and cloud computing. Think secure key management in the cloud with hardware-enforced sandboxes on endpoints. Developers will need to code their software to use the feature, so this isn’t an overnight fix. However…

It looks extremely interesting but I freely admit that some of it is over my head. But if I am reading right, the long-term potential to improve security is impressive.

« Previous Entry
Counterpoint: KNOX vs. AZA throwdown
Next Entry »
The Temptation of the Developer

From the papers it seems that the purpose of SGX is to protect a piece of security critical code, i.e. the one within the enclave, from the rest of the system, and not the other way around. Hence, sandboxing and Java/Flash isolation, which essentially tries to protect the rest of the system from a the execution of a potentially malicious piece of code, doesn’t seem as an appropriate use case for SGX to me.

I did not get much from Intel’s website on this , any idea which series of processors would support this ?