Interruption is death for a writer. At least it is for me. I need to get into a flow state, where I’m locked in and banging words out. With my travel schedule and the number of calls I make even when not traveling, finding enough space to get into flow has been challenging. Very challenging. And it gets frustrating. Very frustrating.

There is always some shiny object to pay attention to. A press release here. A tweet fight there. Working the agenda for a trip two weeks from now. Or something else that would qualify as ‘work’, but not work. 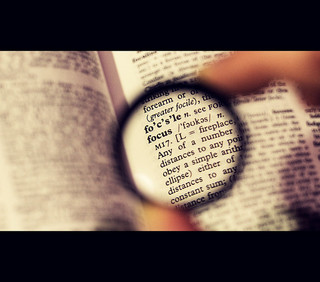 Then achiever’s anxiety kicks in. The blog posts that get pushed back day after day, and the conflicts with projects needing to get started. I have things to do, but they don’t seem to get done. Not the writing stuff anyway. It’s a focus thing. More accurately a lack of focus thing. Most of the time I indulge my need to read NFL stories or do some ‘research’. Or even just to think big thoughts for a little while.

But at some point I need to write. That is a big part of the business, and stuff needs to get done. So I am searching for new ways to do that. I shut down email. That helps a bit. I don’t answer the phone and don’t check Twitter. That helps too. Maybe I will try a new writing app that basically shuts down all the other apps. Maybe that will help ease the crush of the overwhelming to-do list.

Of course my logical mind knows you just start writing. That I need to stop with the excuses and just write. I know the first draft is going to be crap, especially if it’s not flowing. I know that the inbound emails can wait a few hours. I know my Twitter timeline will be there after the post is live on the site. Yet my logical mind loses, as I just stare at the screen for a few more minutes. Then check email and Twitter. Again.

Oy. Then I go into my pipeline tracker and start running numbers for the impact of not writing on my wallet. That helps. Until it doesn’t. We have had a good year, so the monkey brain wonders whether it’s not really a bad idea to just sandbag some of the projects and get 2015 off to a roaring start. But I still need to write.

Then at some point, I just write. The excuses fall away. The words start to flow, and even make some sense. I get laser focused on the research that needs to get done, and it gets done. The blog fills up with stuff, and balance is restored to my universe. And I resign myself to just carrying around my iPad when I really need to write, because it’s harder to multi-task on that platform.

I’ll get there. It’ll just take a little focus.

Monitoring the Hybrid Cloud: Evolving to the CloudSOC