I have always been pretty transparent about my life in the Incite. I figured maybe readers could learn something that helps them in life through my trials and tribulations, and if not perhaps they’d be entertained a bit. I also write Incites as a journal of sorts for myself. A couple times a year I search through some old Incites and remember where I was at that point in my life. There really wasn’t much I wouldn’t share, but I wondered if at some point I’d find a line I wouldn’t cross in writing about my life publicly.

It turns out I did find that line. I have alluded to significant changes in my life a few times over the past two years, but I never really got into specifics. I just couldn’t. It was too painful. Too raw. But time heals, and over the past weekend I realized it was time to tell more of the story. Mostly because I could see that my kids had gone through the transition along with me, and we are all doing great. 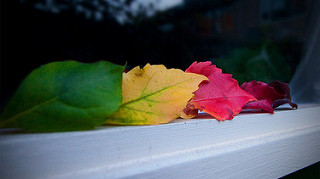 So in a nutshell, my marriage ended. There aren’t a lot of decisions that are harder to make, especially for someone like me. I lived through a pretty contentious divorce as a child and I didn’t want that for me, my former wife, or our kids. So I focused for the past three years on treating her with dignity and kindness, being present for my kids, and keeping the long-term future of those I care about most at the forefront of every action I took.

I’m happy to say my children are thriving. The first few months after we told them of the imminent split were tough. There were lots of tears and many questions I couldn’t or wouldn’t answer. But they came to outward acceptance quickly. They helped me pick out my new home, and embraced the time they had with me. They didn’t act out with me, their Mom, or their friends, didn’t get into trouble, and did very well in school. They have ridden through a difficult situation well and they still love me. Which was all I could have hoped for.

Holidays are hard. They were with their Mom for Memorial Day and Thanksgiving last year, which was weird for me. Thankfully I have some very special people in my life who welcomed me and let me celebrate those holidays with them, so I wasn’t alone. We’ve adapted and are starting to form new rituals in our new life. We took a great trip to Florida for winter break last December, and last summer we started a new tradition, an annual summer beach trip to the Jersey Shore to spend Father’s Day with my Dad.

To be clear, this isn’t what they wanted. But it’s what happened, and they have made the best of it. They accepted my decision and accept me as I am right now. I’ve found a new love, who has helped me be the best version of myself, and brought happiness and fulfillment to my life that I didn’t know was possible. My kids have welcomed her and her children into our lives. They say kids adapt to their situation, and I’m happy to say mine have. I believe you see what people are made of during difficult times. A lot of those times happen to be inevitable transitions in life. Based on how they have handled this transition, my kids are incredible, and I couldn’t be more proud of them.

And I’m proud of myself for navigating the last couple years the best I could. With kindness and grace.

Incident Response in the Cloud Age

« Previous Entry
Understanding and Selecting RASP: Use Cases
Next Entry »
Incident Response in the Cloud Age: Addressing the Skills Gap