I’m spent after the RSAC. By Friday I have been on for close to a week. It’s nonstop, from the break of dawn until the wee hours of the morning. But don’t feel too bad – it’s one of my favorite weeks of the year. I get to see my friends. I do a bunch of business. And I get a feel for how close our research is to reflecting the larger trends in the industry.

But it’s exhausting. When the kids were smaller I would fly back early Friday morning and jump back into the fray of the Daddy thing. I had very little downtime and virtually no opportunity to recover. Shockingly enough, I got sick or cranky or both. So this year I decided to do it differently. I stayed in SF through the weekend to unplug a bit. 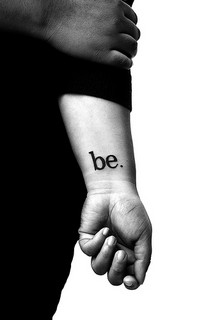 Turns out my friend wasn’t feeling great, so I was solo on Friday after the closing keynote. I jumped in a Zipcar and drove down to Pacifica. Muir Woods would take too long to reach, and I wanted to be by the water. Twenty minutes later I was sitting by the ocean. Listening to the waves. The water calms me and I needed that. Then I headed back to the city and saw an awesome comedian was playing at the Punchline. Yup, that’s what I did. He was funny as hell, and I sat in the back with my beer and laughed. I needed that too.

Then on Saturday I did a long run on the Embarcadero. Turns out a cool farmer’s market is there Saturdays. So I got some fruit to recover from the run, went back to the hotel to clean up, and then headed back to the market. I sat in a cafe and watched people. I read a bit. I wrote some poetry. I did a ZenTangle. I didn’t speak to anyone (besides a quick check-in with the family) for 36 hours after RSA ended. It was glorious. Not that I don’t like connecting with folks. But I needed a break.

Then I had an awesome dinner with my buddy and his wife, and flew back home the next day in good spirits, ready to jump back in. I’m always running from place to place. Always with another meeting to get to, another thing to write, or another call to make. I rarely just leave myself empty space with no plans to fill it. It was awesome. It was liberating. And I need to do it more often.

This is one of the poems I wrote, watching people rushing around the city.

Rush
You feel them before you see
They have somewhere to be
It’s very important
Going around you as quickly as they can.
They are going places.

They are going places.
Until they see
that right here
is the only place they need to be.
– MSR, 2015

« Previous Entry
RSAC wrap-up. Same as it ever was.
Next Entry »
Network-based Threat Detection: Prioritizing with Context