It’s nice that my kids are still at a stage where they don’t want to disappoint me or the Boss. They need our approval and can be crushed if we show even the slightest measure of dissatisfaction in what they do. My ego-centric self likes that, but the rest of me wants them to learn to stop worrying about what everyone thinks and do what they think is right. Of course, that involves having enough life experience to understand the difference between right and wrong. 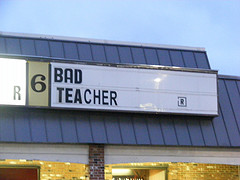 I know that a 12 (soon to be 13) year old is not there yet. She still has much to learn. I’m happy to share my experiences so she can learn from them. I told the stories about when I was bullied. About how I learned that hard work creates results (with a bunch of luck). I have tried to impress upon her how important it is to surround yourself with people who appreciate the uniqueness we all possess in different ways. And for all I do, the Boss does 10x. All to give the kids a chance to be productive citizens and good people.

If I could teach her even a portion of my experiences over the past (almost) 45 years, she wouldn’t need to go through my angst, suffer my disappointment, or learn the lessons I’ve learned… the hard way. But I can’t. Because kids don’t listen. Maybe they listen or pretend to, but they certainly don’t understand.

How could they understand? Some things you just have to learn for yourself. But hopefully there aren’t tens of millions of people watching as those hard lessons are learned. And hopefully the lesson isn’t documented in video and photos, and doesn’t go viral via more Tweets per second than the Super Bowl.

Yes, I am talking about the fiasco that Miley Cyrus has become. To be honest, I haven’t watched the performance on the MTV VMAs. I can’t bring myself to do it. I’ve seen that movie before. Child star gets too famous too fast, makes too much money, surrounds themselves with too many vultures and predators, gets very very lost, and becomes tabloid fodder. I’ve got November 10 in the Miley rehab pool. And where are her parents to tell her she’s being an idiot? I mean, what do you think Billy Ray was thinking as he watched her performance?

Actually, I don’t care what he was thinking. What would you be thinking if that was your child? It brings front and center Chris Rock’s famous line: “If you can keep your son off the pipe and your daughter off the pole, you’re ahead of the game.” But you still can’t teach kids everything. Sometimes they have to learn hard lessons themselves. And it’s gonna hurt.

Your job is to pick them up. Dust them off. Then help them get back on the horse. But most of all, they need to know that you love them. During the good times and bad. Especially during the bad times…